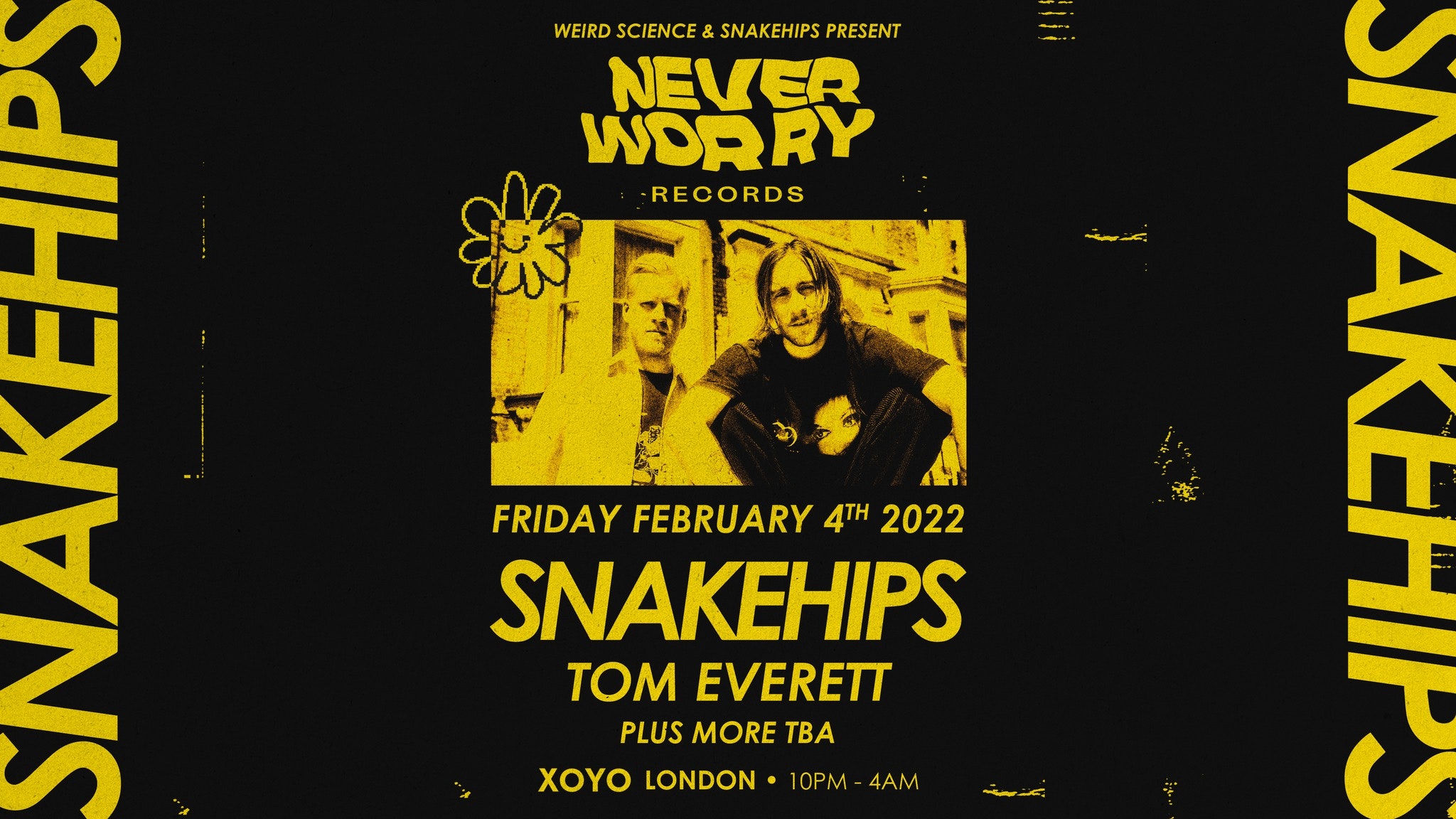 XOYO
18+
1am
Share
Buy from Fatsoma
Buy from Ticketek

Since their breakthrough in 2015, the versatile signature sound of Snakehips – crossing the worlds of hip-hop, R&B, house and disco – has given rise to an enviable number of Platinum-selling tracks, collaborations with Chance The Rapper, Anderson .Paak, Armand Van Helden, MØ, Anne-Marie and a truly worldwide fan base.

We’re proud to announce the London duo are back for their first home town show in four years! Alongside Snakehips, support on the night comes from Tom Everett, one of the most exciting up and coming producer/DJs to break through from BBC Introducing, and more guests to be announced.

Brought to you by Snakehips & Weird Science