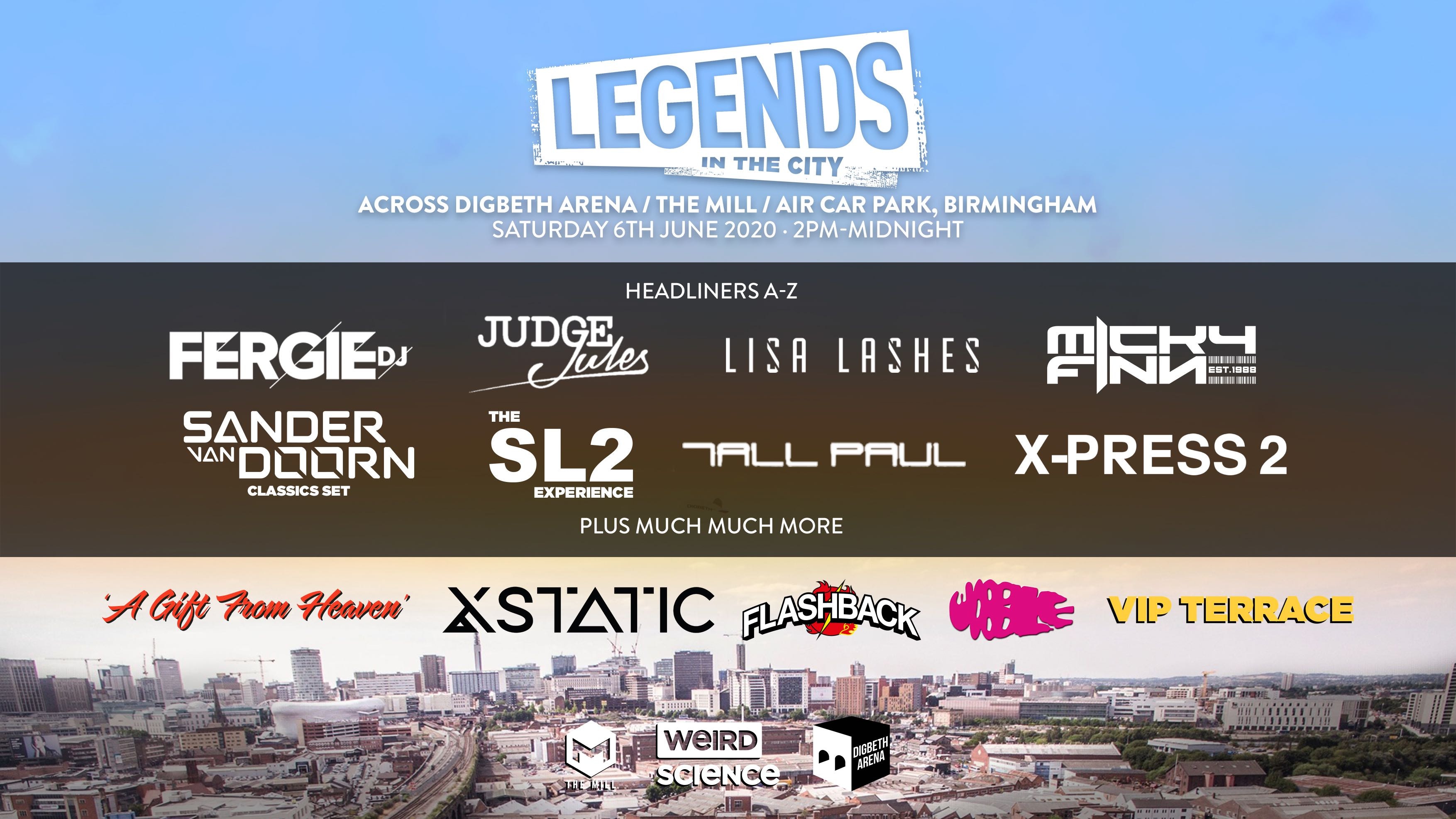 After an amazing debut last summer, we relocate the festival to the epicentre of the Birmingham Superclub era just a stones throw from some of the city’s most infamous venues including: Code/Air, Custard Factory & Institute/Sanctuary.

After listening to your #LEGENDSITP feedback, we have taken all of your points on board and we’re confident the relocation will allow us to deliver a much better festival experience next summer at one of the most unique festival sites in the UK.

Legends In The City 2020 is proud and excited to announce we have enlisted five DJ ambassadors who we think truly embody the ethos of the festival and of whom we have huge respect for. Bona fide legends in their own right, five fantastic DJs, all instrumental in the success of the Birmingham club scene during the 90’s and 00’s, and all still relevant and contributing to dance music in a variety of ways!

The CURATORS of LEGENDS IN THE CITY 2020 are:

Legends is a more than just a music festival, it is a community based event. Over the next month we will be working with the five curators to finalise another awesome line up that will bring together DJs and clubbers, new and old, and culminate in a very special day and night on Saturday June 6th. We want your input also; who would you like to see at the next event? With a few of the slots still to be decided, we would love to hear which acts you’ve love to see at YOUR festival!

Brought to you by Legends In The City & Weird Science